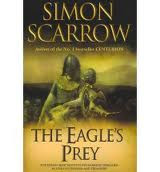 Over a year has passed since the Roman invasion of Britain. After the first initial victories over the British tribes, the Roman Legions now become the subjects of raids and hit and run attacks. The British tactics move away from open warfare and towards a guerrilla one, where they pick at the Roman strength without engaging them in a pitched battle (that they could never win). This frustrating type of war starts to show on the Roman armies as moral becomes low and soldiers are killed daily by the British raids.

In an attempt to land a crushing and decisive blow to the British, the Legions force the enemy leader Caratacus into a pitched battle. Seeing this as an end to British resistance the soldiers and the Empire cannot wait to finally draw the invasion to a close. The Emperor needs a victory to consolidate his place as the leader of Rome and the Legionaries want to leave the wet and miserable Britain and return to their families.

However not everything goes to plan. The battle does not turn out as well as everyone expected and the fault of this embarrassment falls through every level of the Roman army until it hits the bottom and falls on Marco and Cato’s shoulders. Will this be the end of Marco and Cato as officers in the army, or will they triumph over their own personal enemies and keep their place in the Second Legion?